RollerCoin Game is an online Bitcoin mining simulator game, which rewards you with Bitcoin (BTC), Ethereum (ETH) and Dogecoin (DOGE). As part of the game, you build your own virtual data center to generate power. This “virtual power” then allows you to mine real satoshi coins, ETH and DOGE. Compete with friends to see who can earn the most!

The core idea of the game is a distribution of the block reward between players depending on their mining power – just like with real Bitcoin mining.

This is your home where you mine virtual bitcoin from. Once you start adding miners they appear in the empty space underneath the clock.

How Does RollerCoin Game Work

Once you sign up and create an account, you’re able to create and customize a little character. Don’t worry, if you don’t like how it looks now, you are able to change it later on. Your character will be put in a room with a small computer next to them. To start generating power, the user must play minigames that can be found under the “Games” tab. Each game will provide you with mining power (in Gh/s – GigaHash/second). Additionally, users can generate power by completing tasks or purchasing stationary miners with Satoshi (either mined through the game or purchased).

Currently, there are 9 minigames (that generate power) to choose from, including:

Once a game has finished, the user can “Gain Power”, which will pass on the points as Gh/s to your miner.

Each game has 10 different difficulties, and 3 steps between each difficulty. This means that you need to pass the game 3 times to move up in difficulty. Rewards change depending on the difficulty. Each day the games will reset back to level 1.

Once you have hit level 10, you can keep playing to earn more Gh/s for your miners

Each 5 minute period, a new block will be released. That block will be shared among all of the players in the group. The players with the most miner power, will gain the most Satoshi. Time will change (increase or decrease) depending on pool power, but will be reset back to 5 mins regularly in Rollercoin Game.

The overall reward per block can be changed each 1000 blocks, but it depends on the power, activity and number of miners.

Your individual power in relation to the cumulative power of all players will determine how much of a share of each block you will get.

If you choose not to play games, you also have an option of buying racks and miners. You must have a rack to be able to purchase a miner. Miners are able to produce Gh/s for you automatically, and they don’t run out of time. However, miners cost satoshi (either the satoshi you mine, of if you choose to deposit satoshi / bitcoin). The miners available also only provider a much smaller amount of power than what the games provide. BUT the power that the miners produce does not expire!

What Coins Can I Mine Through the Game?

Rollercoin currently lets you mine Bitcoin (BTC), Ehtereum (ETH) and Dogecoin (DOGE). You can choose to mine all the coins at once, or concentrate your power onto a single coin.

To change which coin you would like to mine, you have to select “split power” under the “My power” tab. From there you can allocate your choice of percentages between BTC, ETH and DOGE.

To withdraw Bitcoin, Ethereum and Dogecoin, you will need to go into your “wallet” within the game. From there you can provide your bitcoin address and submit a withdrawal request.

Withdrawals are checked and sent manually, so it usually takes up to 2 business days. Some times requests may take longer.
Before being able to withdraw out of the game, a user must first have reached the minimum withdrawal limit

What Can I do with a RollerToken

The RollerToken will allow you to pay electricity bills, purchase items and equipment through the marketplace, buy upgrades and bonuses, and even purchase adds within the game.

There are a few ways that you are able to generate the most points for your time spent. However, it comes down to the games that you are best at.

For example, I play a lot of the memory style game. I can usually earn ~1200 points within 30 seconds (i.e. half the time still on the timer). I would be able to complete two of the memory game (~3000pts) in the same time that I could finish one round of coinclick , flappy rocket, crypto hamster or cryptonoid (600-900 points).

What is also important to note, is that the more you play one game, the harder (and more points) that will be available the next time you play. To maximise points, you want to get this difficulty to the maximum as soon as possible.

This strategy is more efficient than playing

One useful tip with the memory is to go through from top left to right, turning over each of the cards. As they show up, say the letter / name / a descriptive feature out aloud and move on.

Utilize the points and the games that you are best at.

As with most games, there is also a referral program. When joining from a referral link, the referrer will get a percentage of the combined income of each user that has been referred to the platform. The commission is calculated each day for activities on the previous day. The satoshi is transferred to your in-game balance.

RollerCoin is a fun little game that can earn you a few satoshi here and there, however, it’s not going to make you a bitcoin overnight.

What I like about this game it is that the player is able to climb the ladder quickly. It doesn’t matter if you started last year or last week, you still have the same chance of getting into the top 1% in the game (I easily moved into the top 2% of players in the game within 24 hours of playing).

It’s much more efficient to gain Gh/s through the minigames, however, this only lasts for a certain time. That means that someone who has given up on the game drops down the leaderboard very quickly.

You can get caught up playing 500 minigames a day just to earn a couple of thousand satoshis – that’s less than $1 USD for your time. Not a great payback. However, if you invest your satoshi in the virtual miners, you should be able to double your satoshi every 7 years (assuming the token amount is always comparable to total pool power). This would then equate to a cool 10% a year in returns.

I am also really excited to see the new updates being released over the next year. It looks like they will bring a lot of new gameplay and experiences to the game. Having a few miners, or understanding of the game could be beneficial when all of the new updates roll in!

Each 5 minute period, a new block will be released. That block will be shared among all of the players in the group. The players with the most miner power, will gain the most Satoshi. Time will change (increase or decrease) depending on pool power, but will be reset back to 5 mins regularly.The overall reward per block can be changed each 1000 blocks, but it depends on the power, activity and number of miners. Your individual power in relation to the cumulative power of all players will determine how much of a share of each block you will get.

One Reply to “RollerCoin Game”

Fantastic beat ! I wish to apprentice even as you amend your web site, how could i subscribe for a blog site? The account helped me a appropriate deal. I had been a little bit acquainted of this your broadcast provided vibrant transparent idea 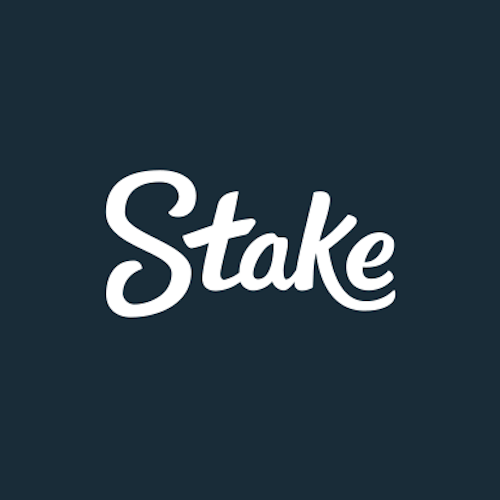 After a long journey developing the site and reviewing 20 (..)

Casino Reviews is LIVE everyone!

Casino Reviews is LIVE everyone!